Smooch an eldritch horror... at any cost!

Obsessed with occult rituals, you have finally obtained the last thing you need to summon the eldritch horror that has been haunting your dreams; a strange, bright-pink Necronomicon.  You perform the only ritual that doesn’t appear to be insane ramblings, and inadvertently summon Ln’eta, a cute cthulhu-like girl.  She agrees to a kiss, on the condition that you perform a few rituals from the book for her first.  Looking back at the Necronomicon… all of the other pages suddenly make sense?

Made in 10 days for the Dread X Collection Volume 2!

Any chances this will be available for sale here on itch.io? I’m not paying Steam any money.

got myself a new dream

I don't have the money so please tell me how to download this game I am a YouTuber and I promised to play this game for my YouTube channel...

Jesus,  get a job

Am i the only one who's waiting for this to go on mobile?(acctualy doesn't own a computer)

THIS! This right here! Oh my god. I've been rewatching full playthroughs just to hear it again. It's like the most maddening earworm I've ever dealt with and I need it in my playlist

Exactly! I hope we can get the song on some medium soon

not all of us can afford it

Reply
who is the dreamer1 year ago(+1)

really? 5 eur is to much? For this price You have 12 lovely little games, because IMO Dread X Collection v2 is the best of the series.

The base game has actually just been rereleased for free!

Release it on itch zip file too!

Is this game going to become free?

But it looks cool without watching any video of it so I'll give it a pass so I will delete my other comments about complaining but im still waiting, and you said near Christmas, is 12/20 like a possibility? what's the fastest you think it can be published and the closest time to now.

I DOWNVOTED MY OWN COMMENT BECAUSE IM MODEST, IF I GET A SINGLE UPVOTE I WILL KEEP IT AT 0 BECAUSE 1-1=0 IF YOU THOUGHT DIFFERENTLY THEN YOU ARE DEFINITELY NOT SUPPOSED TO BE ON THIS WEBSITE BECAUSE YOU CAN'T EVEN UNDERSTAND WHAT IM DOING

Okay so...I might have gotten into the roleplaying of this game just a bit too much but I really loved this game. Having voice acting in a VN is always a plus, especially when it is done well.

The game was funny and also spooky, it was so well done and please, keep creating amazing games like this.

where you inspired by Urusei Yatsura by chance?

Why can't I find a way to download this game?

Reply
Katerina The Wolf1 year ago

Reply
icallmyselfgrug1 year ago
pretty great actually. very well put together for something made in 10 days.
Reply
Realcooldog1 year ago(-1)

when are you going to put it on mobile

Probably coming with the full game!

Reply
who is the dreamer1 year ago

Is it really coming this December?

when is the stand alone game gonna be released?

Buy it on steam! It's part of Dread X Collection 2

Do I have to buy Dread X Collection 2 to play SUCKER For Love?

I just want to play SUCKER For Love again, but the download doesn't start in the Itch.io app or just gives me a file error message

Yes, at the moment Sucker for Love is only available in the Dread X Collection 2!

how do you down this game

You get it on Steam in the Dread X Collection 2!

how do you play

You get it on Steam in the Dread X Collection 2!

Reply
Katerina The Wolf1 year ago 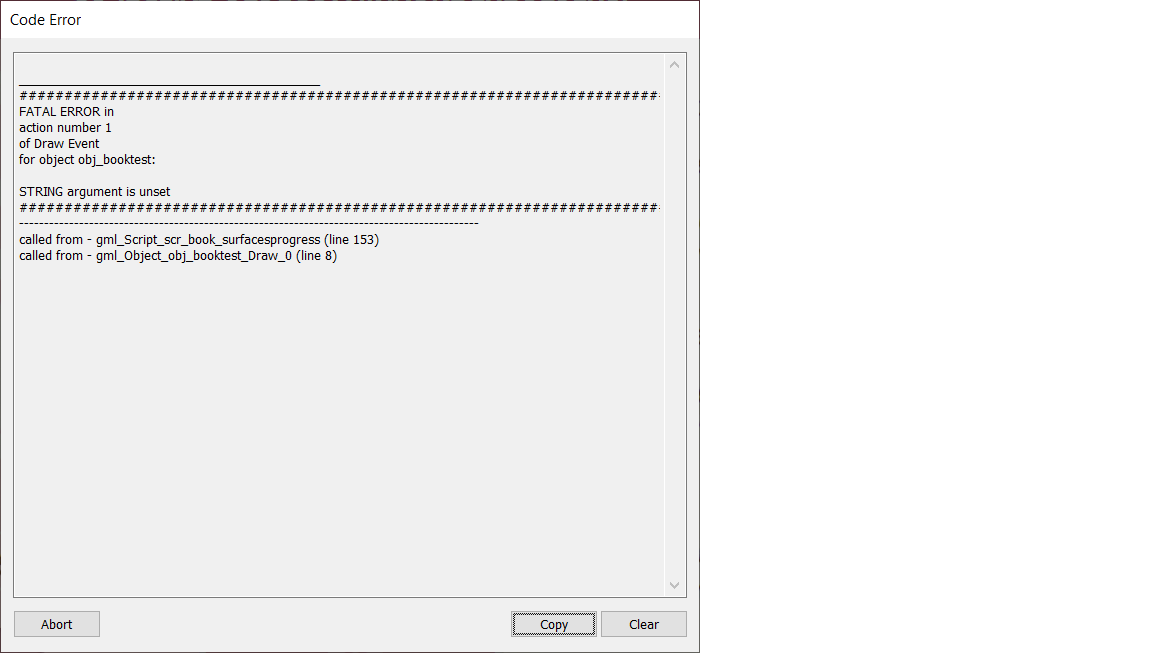 Hey, I bought the  DreadX collection a little while ago, and I've actually never been able to get through the game due to an error. It throws this when I try to turn to the third ritual in the book.
Any ideas? I'm on a PC, and I haven't seen this error anywhere else.

Thank you for the bug report!

I checked out the code, and couldn't find any problems on my end -- especially since no one else has ever gotten this bug before!  I looked up the bug online and apparently this is a rare bug engine/compiler bug with GameMaker Studio itself, and actually has nothing to do with my game's code, so there's nothing I can myself patch out -- however, there may be ways to remedy this:

-Trying to play on a different computer/account may also be a workaround (since nobody else has gotten this bug).  I have a key handy if this is the route you want to go!

-If all else fails, I have a pre-release build that I can get to you if you email me at chromatose.akabaka@gmail.com.  Whatever weird voodoo jinx is preventing your game from working normally probably isn't in previous builds

Well, that's a pitty. I don't really like games with the dark atmosphere, but I definitely appreciate strange and funny dating sims. So it would be nice to have a stand-alone version. The game is adorably hilarious !

I watched Captain Sauce play this and now I really want to play it myself. Downloading it makes me want pasta. And when I eat pasta I want to play a game, so, win-win! :)

Excellent voice overs 😍. This game was an absolute gem within the Dread X Collection 2. Can't wait to experience more of your work!

I really enjoyed this one. I'm a huge Lovecraft fan and this was a really creative and interesting spin on The Call of Cthulu. The voice actress was also really good. I loved all the references to the story. You can tell that you have a love of Lovecraftian horror and you blended the genres really well. I thoroughly enjoyed this game and I would love to see more! Thank you!

I absolutely adore this game! The blend of horror and dating sim is an all-too perfect recipe. It looks great, the gameplay is fun and engaging, the characters are well-developed and the script is both dark and hilarious! A special shout out to the voice actress, who delivers like a boss. This is one of those games that comes out of nowhere and smacks you upside the head. You owe it to yourself to play this.

Is it possible that we could get any more content with this little IP or does the IP itself also belong to the Collection? I ask in that way because I already saw that the game specifically belongs to the Dread X crew.

Dread XP, as far as I know, is interested in making more titles for this IP! So it’s possible!

Can I get a non-steam version? I don't want to agree to the Steam Terms of Service.

DreadXP might bring the Dread X Collection 2 to itch.io like they did for the first one in the future!

So much fun and an awesome addition to the Dread X Collection! I think I found true love?

Will there be a standalone version? Or will we just have to buy the Dead X Collection to own the game?

I'm just asking because this is a neat little sim, though I'm not looking to pay 10.00 just for one game.

There won’t be a stand-alone version because I technically don’t own the game— the collection does.

If you don’t want to miss out on seeing what happens, but aren’t interested in buying  the other 11 games you can always watch a playthrough! There’s an excellent one by Jesse Cox here: https://youtu.be/hPaNpMti350

dose the main character have a assigned gender?

It is implied through ending CGs and some dialog that the main character is male, but they're referred to only as "(Me)" and "Darling" throughout, and most of the dialogue is neutral. 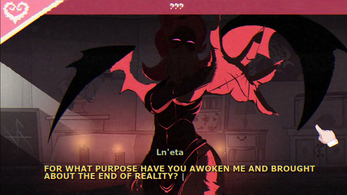 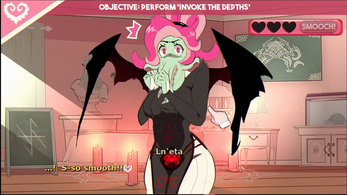 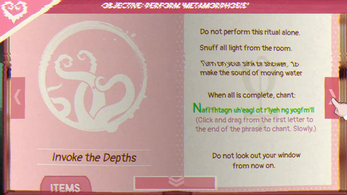 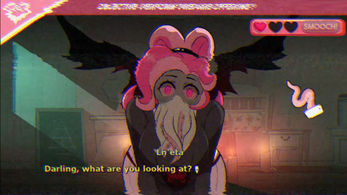