Hey all!  Popping in to say that the Kickstarter is going great!

The kickstarter page is over here for anyone who missed it:
https://www.kickstarter.com/projects/akabaka/chromatose-a-visual-novel-roleplay-game

There's a bunch of new pledge add-ons revealed just two days ago, so be sure to check those out!

Also, the press has been absolutely glowing lately!  Check out what indie game reviewers have to say: 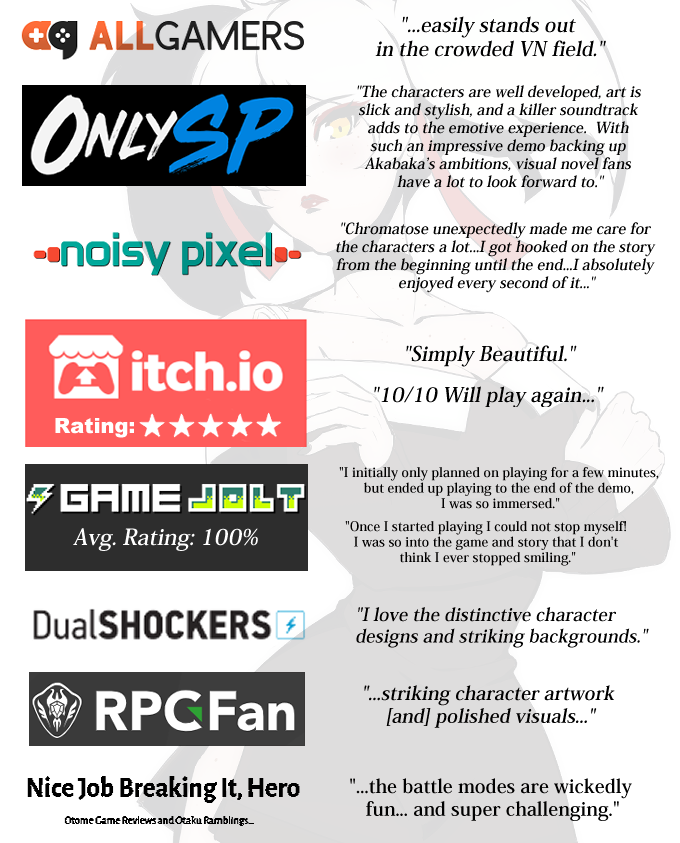 Also, I've released a Linux version of CHROMATOSE since a couple of you are Linux-only.   Took a lot of finagling but I was able to spoof a VM that runs Linux on my Windows PC, and the first beta testers haven't found any problems yet, so it should be ready to be played!